matt lebrun: getting into cycling

If you're like me, you probably had your on-and-off bouts using a bicycle. Perhaps you even thought it's not meant for you. However, life changes, Manila traffic got worst, and I wanted to break away from being sedentary. So here I am with a renewed interest in using a bicycle to commute, go places, and have fun adventures with my family and friends.

There are a couple of challenges with this -- not having a bike and not having enough experience in using a bike.

finding the the right bike

The first problem, not having a bike, should be easy enough to solve. Just buy a bike! But this comes with a sub-problem -- where to store the bike. This is a problem when your living in a 23sqm home. The solution: a folding bike!

As a kid, I've always thought a folding bike is such a cool thing to have. I saw this video a few years ago that really made me yearn for one:

The bicycle featured in this video is the original Nyfti folding bike. It is a Filipino-made bike that has a very small folding dimension. It made me dream of travelling places with a bicycle.

experiencing a Nyfti ride for the first time

Last May 2018, I decided to pay the Nyfti workshop a visit. I met Carl Mamawal, co-founder and CEO, and he had me try one of the bikes for a spin. I was instantly hooked at how easy the riding and handling of the bike was. 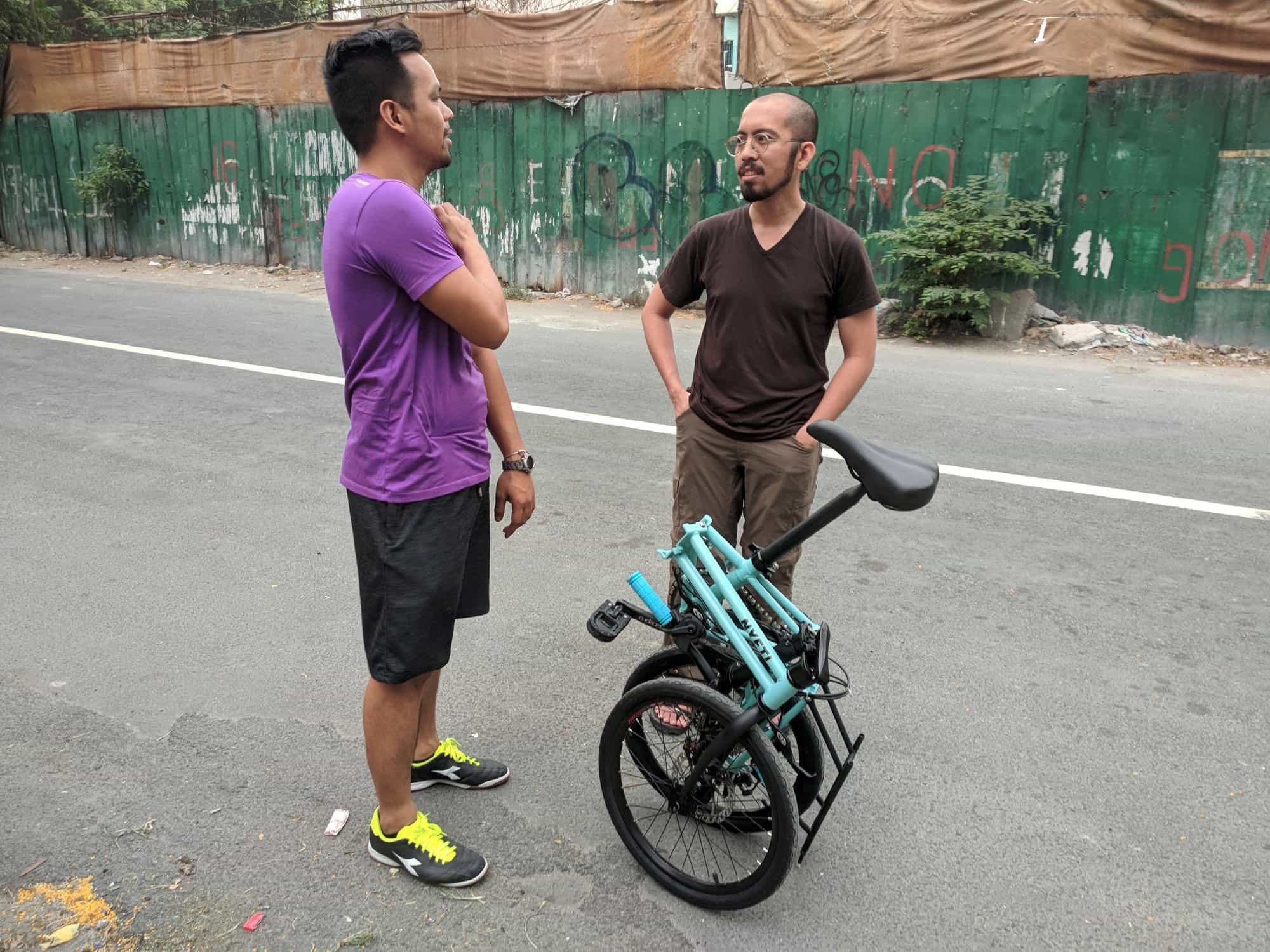 Later he asked me what did I plan to use the bike for. I told him I would use it to commute to my work place in BGC, then perhaps when I'm more skilled, I'd take it for touring.

He offered to give me and Mickey a bike tour from Makati to BGC using a couple of his demo bikes to show us a good route in and out of BGC. How cool is that?

my first 12km riding a bike

We met again a few weeks later at his place and set off to Mickey and I's very first long-ish bike ride.

These are the Nyfti bikes we used to get to BGC. It was my first time cycling across EDSA or cycling for more than a kilometer really. It was scary, thrilling and just an overall fun experience! 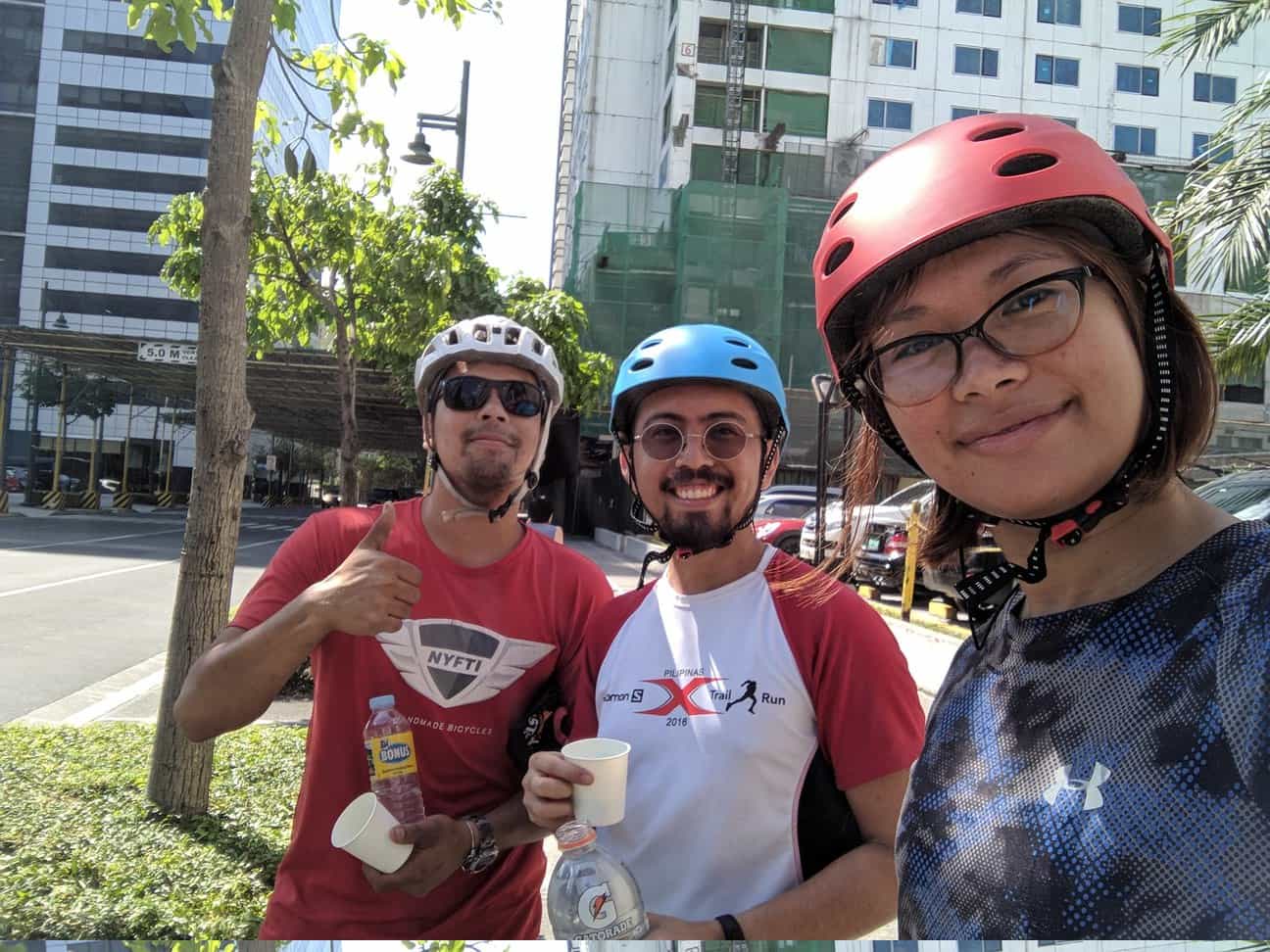 Carl is a pretty cool guy. He was very patient and accomodating in guiding a couple of noobs like us. He got us through EDSA and in and out of BGC safely.

getting my very own Nyfti bike 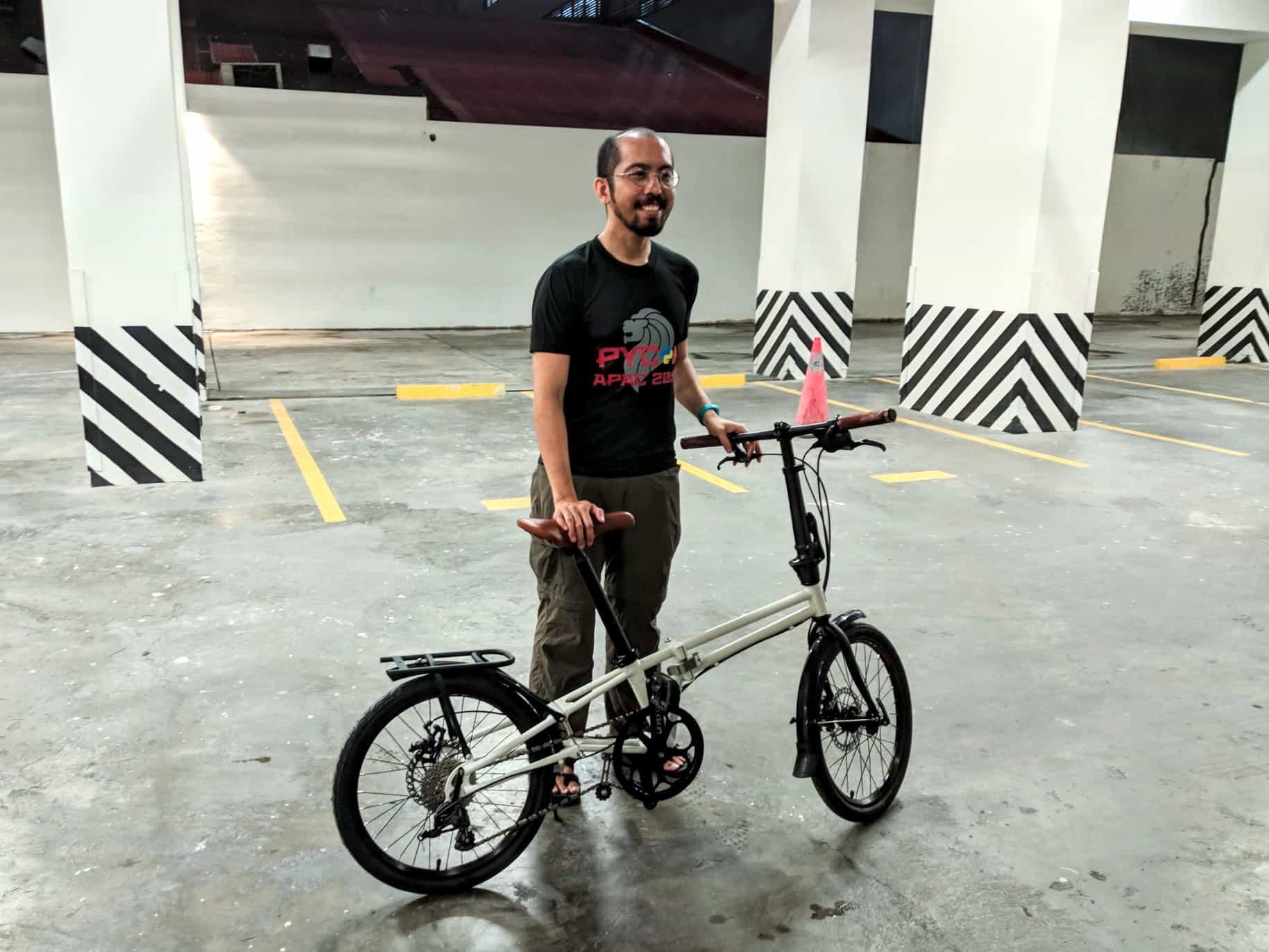 The second problem, where to store the bike, is solved as it fits perfectly into a small space too! 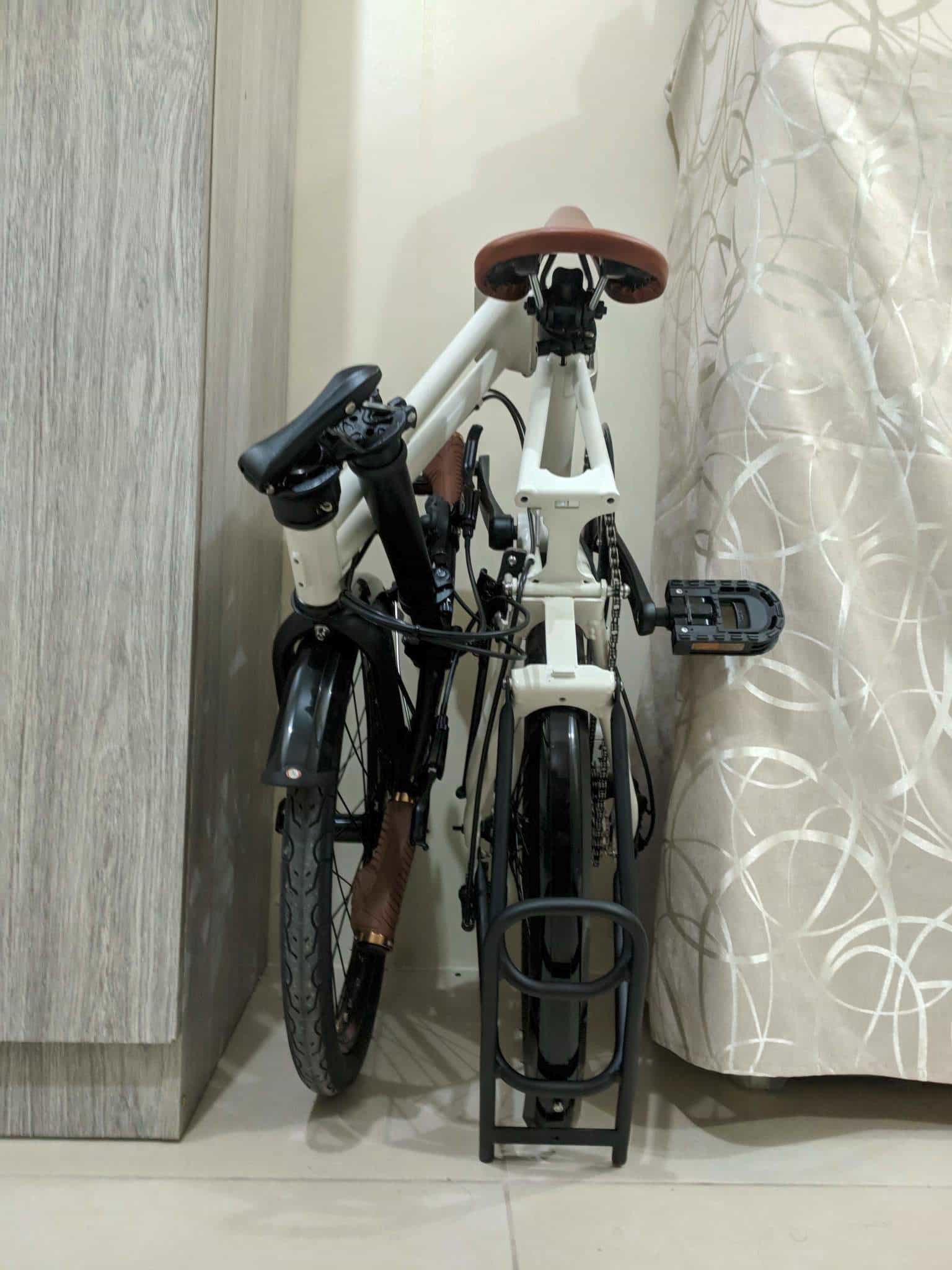 Since then I've already taken it out for a few rides which I will be talking about soon.